Patrick Simpson is a native of New Jersey from Bridgewater. His initial interest in film stemmed from smaller budget feel good comedies that usually involved various hilarities all mixed into a somewhat ludicrous adventure. This image was created as the promotional image for one of his short films, "Accidental Hero." To this day it remains one of my most enjoyable shoots due to the fact that I had an entire interior film set at my disposal. I utilized the lighting grid on the ceiling in order to mimic a lit city alley. 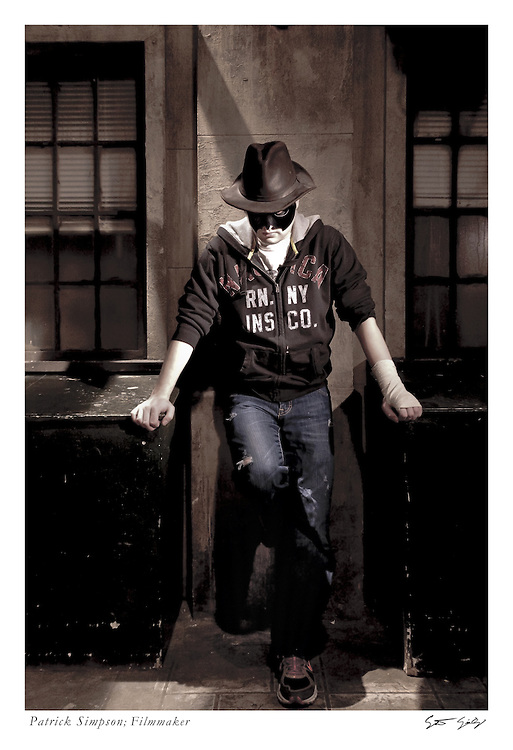